Cash at Folsom and San Quentin 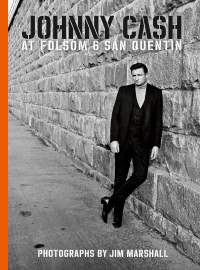 A powerful portrait of a legendary musician by a legendary photographer. Carefully curated with full access to the Jim Marshall Archive, this handsome oversized volume offers the definitive view of Johnny Cash’s legendary prison concerts at Folsom in 1968 and San Quentin in 1969. Cash had been interested in recording a live album at a prison since his 1955 hit, Folsom Prison Blues. The idea was put on hold for a few years until 1968, when Cash visited one of California’s oldest maximum-security prisons to record his At Folsom Prison album. Cash had known Jim Marshall since the early 1960s and personally requested him to record the prison concert. Marshall was the only official photographer present, and was granted unlimited access.